New In The Shop – ‘Binkies and Drinkies!’ Baby Shower Invitation For those uber cool Moms-to-Be. No baby animals or booties here, friends.

Check it. I have managed to rally up some new items in the shop recently. My favorite is the bachelorette invitation at the bottom  but be advised, it is for adults…so don’t be flashing this sucker at the youngins.

First up, NEW activity sheets for your littlest guests at that upcoming baby shower. These can be modified to most themes, just contact me.

Just print on any standard letter size sheet of paper and you’re ready to go.

Next is the Bachelorette Invites designed for the upcoming Bachelorette Party hosted by yours truly. But hey! You can buy them here!

The trick is, you fold this 15×7″ file into three 5×7 sides. The first reads “An Epic Night For Cock” and just when your guests are completely shocked and disgusted by your appallingly crass sense of humor… you make them feel ashamed for their dirty mind. Oh you meant cocktails…(awkward silence)…

Oh and yes, the Bride’s name is written is wieners. Ofcourse it is.

ALSO, check me out on Instagram! I know I’m pushing it hard lately but it’s depressing how few followers I have…sigh…@theaffairshop

I have secretly been planning my girlfriend’s baby shower since she sent me an Easter Egg with her pregnancy announcement.

Unfortunately, there were so many scheduling conflicts between myself, the Preggers and the other two hosts, that I had to settle with handing over most of the responsibilities. I also had to fly back into town the day before the shower to clean my house and prep for dozens of ladies hungry for baby eye-candy.

But despite desperately painting the living room the night before our guests arrived, the house was ready and soon the other two hosts assembled. It was pretty much like any great superhero team. We came, we arranged, we conquered the world/baby shower.

Hostess #1 provided the cake, decorations, popcorn favors and some food.

Hostess #2 provided the rest of the food and game prizes.

Me? I provided the stage, invitations, games, guestbook, Diaper Cake and thank you’s for the Mommy-to-be.

I was planning this post in my head a month ago…but then I got sick and I didn’t take any pictures at the actual shower. But it was beautiful. Trust me.

The Mommy-to-Be looked perfect in her purple maxi dress. Piles of gifts were spilling into side rooms. And the food looked great…but noone ate it.

Honest to God, I have no idea why noone was eating. I was stuffing my stupid face with prosciutto wrapped mozzarella and thai spiced meatballs. Skinny bitches were apparently too good for our goodies.

The games went over very well. We played a Celebrity Baby Name Game in which one very bored housewife got every single answer correct. EVEN THE BONUS QUESTION of name ALL of Angelina Jolie’s children. All six of them she rattled off like she was on Who Wants To Be A Millionaire. I had to google the answer. Ridiculous.

The Wishes for Baby game was by far my favorite as everyone managed to think of atleast one really cute answer. One of my favorites was “I hope you are: tall. Chicks dig tall guys.” I laughed until my full belly rolled and I realized I had eaten too much. I had no extras of the game because the Mommy-To-Be took them to family who couldn’t make it so they were included. Very sweet.

By the time we made it to the Little Peanut Gift Bingo game, we were out of prizes. We instead began throwing the popcorn favors at people as they shouted Bingo. This ofcourse brought an entirely new aspect to the shower. One I am used to. Target practice.

The Thanks You’s and Guestbook were simple and cute with the Little Peanut theme sewn throughout. Mommy-To-Be loves her some elephants (who doesn’t?) and they were worked into every aspect of the shower.

The popcorn favors were small plastic bags of popcorn wrapped with ribbon and stickers that I designed that said, “Ready to Pop!” They were crazy cute and gone immediately.

I also managed to create a three tier diaper cake for the first time in my life. It took some time but very little effort. Simple and cute with chevron ribbon and a little elephant rattle perched on top. Again. No pictures. I suck. BUT I plan on completing an easy tutorial soon for all of you who are interested and intimidated by the prospect.

As always, you can purchase the invitation suite on my Etsy page here. And if you are interested in the shower game set, message me and I will list them for you immediately.

I am currently adjusting to a new/much better schedule after a sudden promotion and a crazy move that has been months in the making. So for now my blog is sparse. My Etsy page is left wanting. But my life is busy and my kid is walking…so Mommy-dom continues.

Also, I just joined Instagram. I’m not good at it. I don’t understand it. But if you want to follow my aimless musings, check me out @theaffairshop.

An oldey but goody. One of my favorite of all the printable bookplates. Comes with instructions and 4 watercolor zoo animal bookplates. All downloaded straight to your computer to be printed over and over again.

Great for gifts, baby shower favors or even for your own favorite little ones to preserve their most treasured stories.

BUT WAIT! I also do custom bookplates! Check out my Etsy page and keep following for more event inspiration.

I am totally in love with this new set! Now if I could only produce male children….

AND it’s ready to be downloaded instantly upon payment. What? Seriously? The world is so advanced!

Talk to you soon, homies.

The newest addition to our Baby Shower Game Set line is this super Pink Bokeh Baby Shower Games Package. This set has the very trendy bokeh background in a girly pink. It is also stylized with pink onesies and red hearts. Awwww.

Perfect little printables for your next girly pink baby shower!

And also, check out another version of the Princess Invites I did for Princess Berkley this week.

Crazy cute, right? There are all sorts of variations available for this design:

The newest addition to our Baby Shower Game Set line is this super cute Unisex Giraffe Theme. The set includes a very popular “bokeh” yellow background for all you photography/artsy fartsy nuts. The Mommy and Baby giraffes make me sigh everytime.

I compulsively buy supplies. Supplies for life. It can be anything I deem NECESSARY for my existence. Socks. Party napkins. Baby accessories. Straws. Holiday themed anything. Random Martha Brand decor…
My husband thinks it’s a problem. I think it’s like being a Doomsday Prepper. But not for the end of the world…just the next partay.
This lady just validated that I am not insane. A pretty post about what she collects and why. Chic hoarding. Check it out: 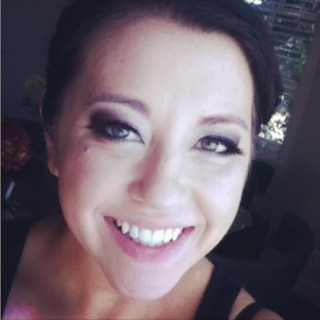